The Death of Paper Money

As they prepare for holiday reading in Tuscany, City bankers are buying up rare copies of an obscure book on the mechanics of Weimar inflation published in 1974.

People’s willingness to hold money can change suddenly for a “psychological and spontaneous reason” , causing a spike in the velocity of money. It can occur at lightning speed, over a few weeks. The shift invariably catches economists by surprise. They wait too long to drain the excess money.

Previous
1 of 2 Images
Next

Federal Reserve chairman Ben Bernanke, himself a scholar of the Great Depression, has indicated he would consider extra stimulus for the economy.

Ebay is offering a well-thumbed volume of “Dying of Money: Lessons of the Great German and American Inflations” at a starting bid of $699 (shipping free.. thanks a lot).

The crucial passage comes in Chapter 17 entitled “Velocity”. Each big inflation — whether the early 1920s in Germany, or the Korean and Vietnam wars in the US — starts with a passive expansion of the quantity money. This sits inert for a surprisingly long time. Asset prices may go up, but latent price inflation is disguised. The effect is much like lighter fuel on a camp fire before the match is struck.

People’s willingness to hold money can change suddenly for a “psychological and spontaneous reason” , causing a spike in the velocity of money. It can occur at lightning speed, over a few weeks. The shift invariably catches economists by surprise. They wait too long to drain the excess money.

“Velocity took an almost right-angle turn upward in the summer of 1922,” said Mr O Parsson. Reichsbank officials were baffled. They could not fathom why the German people had started to behave differently almost two years after the bank had already boosted the money supply. He contends that public patience snapped abruptly once people lost trust and began to “smell a government rat”.

Some might smile at the Bank of England “surprise” at the recent the jump in Brtiish inflation. Across the Atlantic, Fed critics say the rise in the US monetary base from $871bn to $2,024bn in just two years is an incendiary pyre that will ignite as soon as US money velocity returns to normal.

Morgan Stanley expects bond carnage as this catches up with the Fed, predicting that yields on US Treasuries will rocket to 5.5pc. This has not happened so far. 10-year yields have fallen below 3pc, and M2 velocity has remained at historic lows of 1.72.

As a signed-up member of the deflation camp, I think the Bank and the Fed are right to keep their nerve and delay the withdrawal of stimulus — though that case is easier to make in the US where core inflation has dropped to the lowest since the mid 1960s. But fact that O Parsson’s book is suddenly in demand in elite banking circles is itself a sign of the sort of behavioral change that can become self-fulfilling.

As it happens, another book from the 1970s entitled “When Money Dies: the Nightmare of The Weimar Hyper-Inflation” has just been reprinted. Written by former Tory MEP Adam Fergusson — endorsed by Warren Buffett as a must-read — it is a vivid account drawn from the diaries of those who lived through the turmoil in Germany, Austria, and Hungary as the empires were broken up.

Near civil war between town and country was a pervasive feature of this break-down in social order. Large mobs of half-starved and vindictive townsmen descended on villages to seize food from farmers accused of hoarding. The diary of one young woman described the scene at her cousin’s farm.

“In the cart I saw three slaughtered pigs. The cowshed was drenched in blood. One cow had been slaughtered where it stood and the meat torn from its bones. The monsters had slit the udder of the finest milch cow, so that she had to be put out of her misery immediately. In the granary, a rag soaked with petrol was still smouldering to show what these beasts had intended,” she wrote.

Grand pianos became a currency or sorts as pauperized members of the civil service elites traded the symbols of their old status for a sack of potatoes and a side of bacon. There is a harrowing moment when each middle-class families first starts to undertand that its gilt-edged securities and War Loan will never recover. Irreversible ruin lies ahead. Elderly couples gassed themselves in their apartments.

Foreigners with dollars, pounds, Swiss francs, or Czech crowns lived in opulence. They were hated. “Times made us cynical. Everybody saw an enemy in everybody else,” said Erna von Pustau, daughter of a Hamburg fish merchant.

Great numbers of people failed to see it coming. “My relations and friends were stupid. They didn’t understand what inflation meant. Our solicitors were no better. My mother’s bank manager gave her appalling advice,” said one well-connected woman.

“You used to see the appearance of their flats gradually changing. One remembered where there used to be a picture or a carpet, or a secretaire. Eventually their rooms would be almost empty. Some of them begged — not in the streets — but by making casual visits. One knew too well what they had come for.”

Corruption became rampant. People were stripped of their coat and shoes at knife-point on the street. The winners were those who — by luck or design — had borrowed heavily from banks to buy hard assets, or industrial conglomerates that had issued debentures. There was a great transfer of wealth from saver to debtor, though the Reichstag later passed a law linking old contracts to the gold price. Creditors clawed back something.

A conspiracy theory took root that the inflation was a Jewish plot to ruin Germany. The currency became known as “Judefetzen” (Jew- confetti), hinting at the chain of events that would lead to Kristallnacht a decade later.

While the Weimar tale is a timeless study of social disintegration, it cannot shed much light on events today. The final trigger for the 1923 collapse was the French occupation of the Ruhr, which ripped a great chunk out of German industry and set off mass resistance.

Lloyd George suspected that the French were trying to precipitate the disintegration of Germany by sponsoring a break-away Rhineland state (as indeed they were). For a brief moment rebels set up a separatist government in Dusseldorf. With poetic justice, the crisis recoiled against Paris and destroyed the franc.

The Carthaginian peace of Versailles had by then poisoned everything. It was a patriotic duty not to pay taxes that would be sequestered for reparation payments to the enemy. Influenced by the Bolsheviks, Germany had become a Communist cauldron. partakists tried to take Berlin. Worker `soviets’ proliferated. Dockers and shipworkers occupied police stations and set up barricades in Hamburg. Communist Red Centuries fought deadly street battles with right-wing militia.

Nostalgics plotted the restoration of Bavaria’s Wittelsbach monarchy and the old currency, the gold-backed thaler. The Bremen Senate issued its own notes tied to gold. Others issued currencies linked to the price of rye.

This is not a picture of America, or Britain, or Europe in 2010. But we should be careful of embracing the opposite and overly-reassuring assumption that this is a mild replay of Japan’s Lost Decade, that is to say a slow and largely benign slide into deflation as debt deleveraging exerts its discipline.

Japan was the world’s biggest external creditor when the Nikkei bubble burst twenty years ago. It had a private savings rate of 15pc of GDP. The Japanese people have gradually cut this rate to 2pc, cushioning the effects of the long slump. The Anglo-Saxons have no such cushion.

There is a clear temptation for the West to extricate itself from the errors of the Greenspan asset bubble, the Brown credit bubble, and the EMU sovereign bubble by stealth default through inflation. But that is a danger for later years. First we have the deflation shock of lives. Then — and only then — will central banks go to far and risk losing control over their printing experiment as velocity takes off. One problem at a time please. 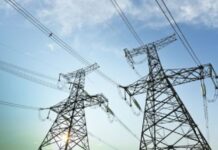 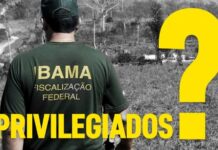 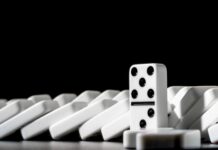 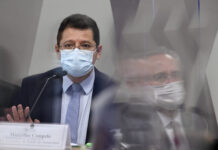 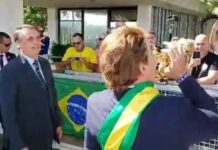 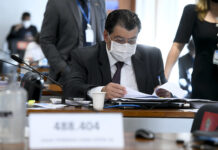 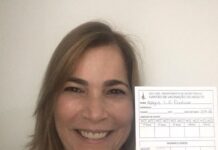