The first major evolution of the F-15 Eagle occurred in the late 1970s, when the US Air Force started looking for a replacement for the General Dynamics F-111 Aardvark.

McDonnell Douglas and Hughes teamed up to convert an F-15B two-seater – designed under the “not-a-pound-for-air-to-ground” philosophy – into the world’s most effective strike aircraft. They bulked up the F-15B’s internal structure by about 2,720kg (6,000lb), allowing designers to boost maximum take-off weight by 20% to more than 36,400kg, and the back-seat was converted into a workstation for a weapon system officer. Conformal fuel tanks were attached to each side of the fuselage, extending range to match the F-111’s deep strike reach.

McDonnell Douglas and Hughes merged into Boeing and Raytheon respectively, yet the F-15E Strike Eagle that emerged from their work was not only selected by the USAF in 1984, beating General Dynamics’ F-16XL proposal, but remains in what has been continuous production nearly 30 years later. Five air forces have taken about 400 of the type.

The contract has yet to be finalised, but Saudi Arabia’s recent agreement to buy 84 new F-15Es (to be locally designated as SAs) could extend production for six or more years and pave the way for Boeing and Raytheon to execute the next major F-15B evolution.

Thanks to the march of technology, air combat today would be unrecognisable to the F-15B’s original designers. South Korea’s air force, which has already purchased 61 Strike Eagle-based F-15Ks, made clear in 2007 that it wanted a fighter with “fifth-generation capabilities”, such as an internal weapons bay.

That particular requirement was dropped, but Boeing got the message: the Lockheed Martin F-35 was now a competitor. The Joint Strike Fighter still faces technical and funding challenges, but promises the next level of sensor integration combined with a very low-observable airframe and internal weapons bays.

Boeing understood the F-15 would have to be transformed yet again. In the second half of 2008, its engineers secretly plotted their strategy. That could not have seemed an easy challenge. First, Boeing faced the problem of competing with the F-35’s stealth capabilities. The F-15 was designed a full decade before stealth technology was applied to tactical fighters, and applying stealth to an airframe already easily visible to radar is deemed inadvisable.

There was also the problem of vertical tails. Flat, perpendicular surfaces reflect radar energy almost as clearly as a mirror reflects visible light. Radar-absorbent materials (RAM) could be embedded in leading edges, soaking up radar energy like a sponge absorbs water. But it was not clear if that would be enough – and there was still the issue with the aircraft’s weapons. The F-15E lacks an internal weapons bay: bombs and missiles are hung on hard points built into the wing. External weapons and sensor pods are a giveaway to radar.

What’s more, in 2009 the F-15E was still in need of a major technology refresh. One major upgrade – replacing Raytheon’s mechanically scanned APG-70 radar with its APG-63(V)3 active electronically scanned array – was already in progress for the Republic of Singapore Air Force.

However, that was not enough. The F-15E still relied on its original tactical electronic warfare system (TEWS), which includes analogue-based radar warning receivers. The F-35 is equipped with BAE Systems’ digitally based ASQ-239 electronic warfare suite, known as Barracuda and derived from the Lockheed F-22’s system, the ALR-94.

The difference between the TEWS and digital systems is important. Analogue-based systems can provide pilots with generalised vectors of the source of potentially hostile electronic signals, but gaining precise co-ordinates requires triangulation among networked aircraft. The Barracuda and the ALR-94 can geo-locate the source with a single aircraft.

By March 2009, Boeing was finally prepared to unveil its new concept to the world: the F-15 Silent Eagle. An F-15E test aircraft was modified to exhibit Boeing’s chosen approach to the stealth problem. The goal was to make it stealthy for a specific mission only: defensive air-to-air. It would not be an all-purpose stealth fighter, but Boeing believes it is enough to satisfy its most likely customers – unlikely to need an aircraft to launch a deep strike into heavily defended airspace.

For this approach, several modifications would be necessary. The conformal fuel tanks would be partially emptied of fuel and converted into internal weapons bays, each holding either two missiles or a single bomb. Missiles and pods under the wings would no longer give away the F-15’s position to radar. Moreover, the aircraft could be converted back into a non-stealth configuration within hours. Most strikingly, Boeing cosmetically canted the vertical tails by 15° for the unveiling. This means the F-15 can bank up to 15° without revealing a perpendicular structure to an airborne radar. However, Boeing is not fully committed to implementing it on the F-15SE. The enhancement is offered as an option.

A bigger change was not invisible, and remains the most sensitive aspect of the new airframe. Boeing has applied RAM coatings to reduce the F-15SE’s radar profile in the frontal aspect. At first, Boeing claimed the F-15SE could match the frontal aspect signature of an export-cleared F-35. A year later, it had softened its claim, saying only that the F-15SE stealth profile had achieved its goals.

The F-15SE would be equipped with the BAE digital electronic warfare suite (DEWS), described as being derived from technologies carried by the F-35 and F-22. Perhaps significantly, Boeing is to add a Raytheon AGM-88 high-speed anti-radiation missile (HARM) to the weapons package. There are no plans to add a jamming pod, but in other respects the combination of the DEWS and the HARM capability resemble the mission once performed by the USAF’s EF-111 Raven.

Since the unveiling nearly three years ago, Boeing has added a couple of major upgrades to the cockpit. Large-area, touchscreen displays are now offered for the Silent Eagle configuration. Boeing has also started testing a second-generation joint helmet-mounted cueing system featuring integrated night-vision and lighter-weight cables.

Within the aircraft is another unseen but meaningful upgrade. Boeing is converting the flight controls to fly-by-wire, a technology for which the original F-15 was too early. This is where the Saudi order is so important. Riyadh has agreed to be the launch customer for the fly-by-wire and DEWS upgrades. With Singapore funding the radar upgrade, South Korea’s only major investment – and development risk – would be integrating the conformal weapons bays, although Boeing has already test-fired a prototype system in flight. Korea Aerospace Industries has been selected to design and produce the weapons bays.

Boeing has not finished tinkering with the configuration. It confirms that one upgrade being considered is the integration of an infrared search and track (IRST) sensor inside the fuselage. An IRST is essentially a miniature telescope scanning for targets by heat emissions. It is helpful when an onboard radar cannot be used, as the electronic emission can be detected and pinpointed by enemies in the air or on the ground. An IRST is a passive sensor, so it only receives infrared energy.

Today, the F-15E already includes an IRST pod, carried in a wing pylon above the navigation pod. That placement is impossible when the F-15SE operates in “silent” configuration, but Boeing could install an IRST sensor into a faceted, low-observable chamber blended into the fuselage. This would resemble the electro-optical targeting system installed in the fuselage beneath the F-35’s cockpit.

Boeing has proposed a similar layout for a new IRST in the international roadmap version of the F/A-18E/F Super Hornet, and engineers are debating where such an IRST sensor should be installed on the F-15 to minimise aerodynamic disruption. Positions atop and below the fuselage are being considered. 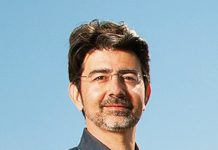 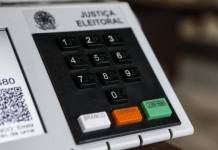 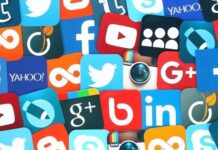 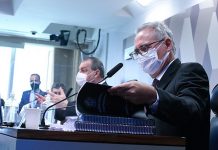 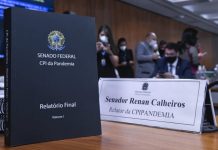 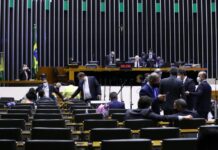 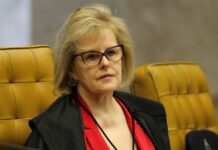