In a wide-ranging professional life, Albert O. Hirschman worked at prestigious colleges and institutes, wrote some of the most perceptive works of social science in his era and acquired a devoted following of economists, political scientists and journalists.

Through his books, lectures and essays, Dr. Hirschman, who died Dec. 10 at 97, sought to apply rigorous and rational social-science scholarship to clashes of political ideology and economic impasses — conflicts that have often fueled violence and repression. He had learned the stakes first-hand and devoted his career to advancing economic development and the spread of democracy.

Raised in Germany in the aftermath of World War I, Dr. Hirschman witnessed the rise and spread of fascism in Europe in the 1930s and was credited with helping save hundreds of lives through his work with the anti-fascist underground resistance before and during World War II.

His admirers found him remarkable in part because he maintained a fundamentally optimistic view of human nature despite the tumult he had witnessed. He rejected the notion that societal problems are intractable. His life, his biographer Jeremy Adelman once wrote, “can be seen as a parable of the horrors and hopes of the 20th century.”

Otto Albert Hirschmann — his name later would be changed — was born April 7, 1915, in Berlin to an assimilated family of Jewish origin. He was baptized a Protestant.

His father, a surgeon, died of cancer in 1933, a year that also brought Adolf Hitler to power as German chancellor. Dr. Hirschman left to pursue studies first in France and then at the London School of Economics. At the start of the Spanish Civil War in 1936, he put his education on hold to join the anti-fascist forces that ultimately lost to Gen. Francisco Franco.

“I could not just sit and look on without doing anything,” he once told an interviewer.

He eventually returned to his studies and received a doctorate in economics from the University of Trieste in Italy in 1938 — the year Benito Mussolini’s regime enacted the anti-Semitic racial laws.

Dr. Hirschman served in the French army at the start of World War II and went underground after the French surrender to the Germans in 1940. He made his way to Marseille, where he became second-in-command to Varian Fry, the American journalist who orchestrated the escape from Europe of 2,000 Jews and other refugees, including artists Marc Chagall and Max Ernst.

Dr. Hirschman’s nickname was “Beamish,” Fry later recalled in an account of their exploits, “because of his impish eyes and perennial pout, which would turn into a broad grin in an instant.”

Fry credited Dr. Hirschman as being a crucial member of the rescue network. “Beamish” rustled up fake identification documents for the refugees and, having studied in detail the vagaries of black markets, devised new ways to smuggle money into France.

When fascist authorities learned of Dr. Hirschman’s activities, he, too, had to flee. He crossed into Spain over the Pyrenees on foot, Adelman said in an interview, bringing with him extra socks and a two-volume collection of the works of Montaigne. 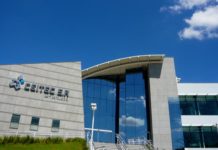