Trata-se do chamado tiro no pé.

The manipulator himself may not surrender to any emotional inclinations. Like a tantric yogi he must keep his own feelings completely under control from start to finish. For this reason well-developed egocentricity is a necessary characteristic for a good manipulator. He is permitted only one love: narcissism (philautia), and according to Bruno only a tiny elite possesses the ability needed, because the majority of people surrender to uncontrolled emotions.*****************

How could an equation or formula ever hope to capture something as complex and beautiful as the human mind? In a sense we've long been describing the brain with numbers - 86 billion neurons, 1200 cubic centimetres, 1400 grams. But you might expect that more ambitious attempts to explain the brain with mathematics would be doomed to failure.

Yet over the last few years, neuroscientists have built a mathematical framework for understanding many aspects of the brain.
Read more

The brain is highly interconnected, with a networked architecture that makes the perfect platform for our mental gymnastics
Read more

Your brain teeters on the edge of chaos

How come the cascades of impulses that spread throughout the brain don't turn into out-of-control avalanches?
Read more

The brain's crystal ball may arise from a blend of cunning statistics and a technique that minimises surprises, linked to the laws of thermodynamics
Read more

Battles for attention fought in the brain

The sum of consciousness

The brain is constantly drawing links between every bit of information that hits our senses – is this what allows us to be aware of what we see?

Pasadena é a chave do negócio. 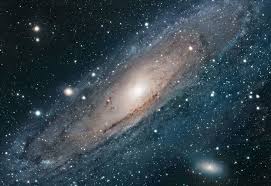 Reflections on the De vinculis in genere , by Giordano Bruno

At Oxford University, Giordano Bruno’s brief, obscure but very profound work, De vinculis in genere , is considered a cornerstone of modern political thought on the par with Machiavelli’s Prince.

In fact, many Anglo Saxon and Middle European historians and intellectuals consider De vinculis in genere modernity’s most intelligent and insightful political work. The LondonSchool of Economics uses it as a core text because of its usefulness in understanding behavior patterns in contemporary social life.

For this reason, among its many characteristics, the Eros is capable of creating fanciful mental images both in one’s own mind(as originator) and in that of others (those who as loved ones benefit from their lovers’Eros ). This is because the Eros is an experience that can kindle and spill over into psyche of other persons. In interpersonal relations this capacity for erotic suggestion allows for the creation of links and ties as for example, and in various forms, between two lovers, two friends, among members of a group or a political party, between a leader and his followers. And in politics it is the Eros – and not reason as Aristotle would have it – that is the essence of the connective tissue that ties together all of the parts of the whole, meaning society.

Seen from this angle, the point of encounter between those who wield power and those who yield it finds a place of compensation and equilibrium – the so-called consensus. A politician does not base his decisions so much on force and violence as on the art of consensus. And a politician can achieve this if the will of the people is taken into account. Government with consensus on reciprocal guarantees – that’s what we see in advanced democratic systems, notwithstanding any distortions.

Evolved democratic countries usually commission sophisticated and detailed market research on everything: to interpret the tastes and tendencies of their citizens and, above all, to understand their hidden desires, their secret pleasures.

In addition to reflection, this system also has an “operating” element. It is here that the philosopher/politician takes on the roles of artist/magician. A modern leader takes command, but not in the rigid Machiavellian way nor in Gramsci’s variation of party-prince. For Bruno, gaining and maintaining power is a “magical” operation (in the true sense of the word) because while the end is the same (having control of the situation) what changes is the means (persuasion). Just like a lover casts a magic net around the object-subject of his love with gestures, words, services and gifts, so “society’s magician” casts the net of his fantastic vision over the world to capture his “prey” by means of his consent.

In Machiavelli’s republican vision, the citizen is, at the most, a complacent subject, in Bruno’s the citizen is a lover to be conquered and tied. Bruno calls this chain of operations “vincolare” (to win) and his procedures are given the generic name for ties, that is “vincula”. Politics is not the Machiavellian science of command and power but the art to understand how to manipulate the mind of people and individuals.

Bruno deals with the problem from the manipulator’s point of view. He is the theoretician par excellence of modern politics.

Centuries later, it will be up to Sigmund Freud (in his famous work on mass psychology and analysis of the ego, 1921) to study the same psychological phenomena and the relation between power from the point of view of individuals (and not politicians) the masses and the individual.

While Machiavelli’s Prince is the ancestor of the adventurer-politician, Bruno’s magician is the prototype for the impersonal systems of mass media, self-censorship, global manipulation and brain trusts that fascinate and control the masses of western democracies.

The magician’s capacity to control citizens is in direct proportion to his knowledge of them and his ability to tap into what they desire the most. And this applies both to groups of citizens taken as a whole and to each individual citizen. All of humanity filters through the love-Eros funnel, which is deemed stronger than the will. (It is in this sense that Bruno is Nietzsche and nihilism’s strongest adversary because the love-Eros principle is a universal one that ties everything in the universe to everything in the universe and thus to its creator to whom everything is tied. The desire for power of Nietzsche’s man finds fulfillment in the abyss into which he sinks due to a lack of support or ulterior goals. Bruno’s erotic man, however, is not lubricious or satanic. He can love wealth, sex, and power in its many forms, both erotically and voluptuously, but these dimensions, which – ultimately – are only marginal ones do not extinguish his drive. According to Bruno, everything leads back to love as the vital essence of the universe. What about jealousy? It is the self-love of someone who does not tolerate superiority or quality in others. Modesty? It is love of honesty. Hate? It is the opposite of love. In neo-platonic terms, Bruno leads all forms of emotion, sentiment and humanity back to the Eros , the one and only daemon magnus . If all of this is but a variation on a single theme and everything leads back to the universal Eros , those who possess and understand it are capable of possessing and dominating everything in the world, even inter-personal and inter-subjective relationships.

The De vinculis in genere lists, studies and interprets (from a magical and interested point of view) every type of relationship possible between individuals and groups of individuals. Therefore, it is an encyclopaedic catalogue, a practical manual – in fact, the manual – to achieve this superior form of knowledge that unites science and art in a supreme synthesis.

Bruno’s magician is the well where all the subterranean rivers of the individual and social Eros come together in an infinite network of connections.

In the US (the western democracy whose internal policies have applied and still apply the procedures described in Bruno’s book) the search for power and its affirmation is made on the basis of consensus.

Man’s Eros, imagination and faith are the three foundations of this detailed work of progressive connection. They are the three pillars upon which every day research institutes labour incessantly to monitor American social changes. Politicians and financiers view the outcomes of these studies as oracles and they use them to develop their strategies.

In 1974, after the first serious tensions in the Middle East and the oil crisis, the Gallup Institute, after a poll, indicated that 56% of the American population held entertainers in greater esteem than politicians, perhaps because the latter are more willing to compromise than certain celluloid gunslingers. If we revisit the US’s history we will see that among the politicians that followed the poll we find as president the former actor Ronald Reagan and the current governor of California, Schwarzenegger, he too a former actor.

Nowadays consensus is the democratic weapon that in this way allows for increasing development of the parts with reciprocal enjoyment and zero bloodshed. But much more could be said about this consensual “orgasm” between elected politicians and electoral body. As Wilhelm Reich pointed out in his work on mass psychology and Fascism, it is an orgasm that under the Nazi and Stalinist regimes became a collective trance.

These academics, and among them Dahrendorf, and the now deceased Eliade and his disciple Couliano, are just the latest scholars to consider the De vinculis in genere a masterpiece.

The first to recognize the importance of Bruno’s text were the Rosicrucians, as indicated in the texts of P. Arnold and F. A. Yates on the movement’s history.

No início do governo, ela 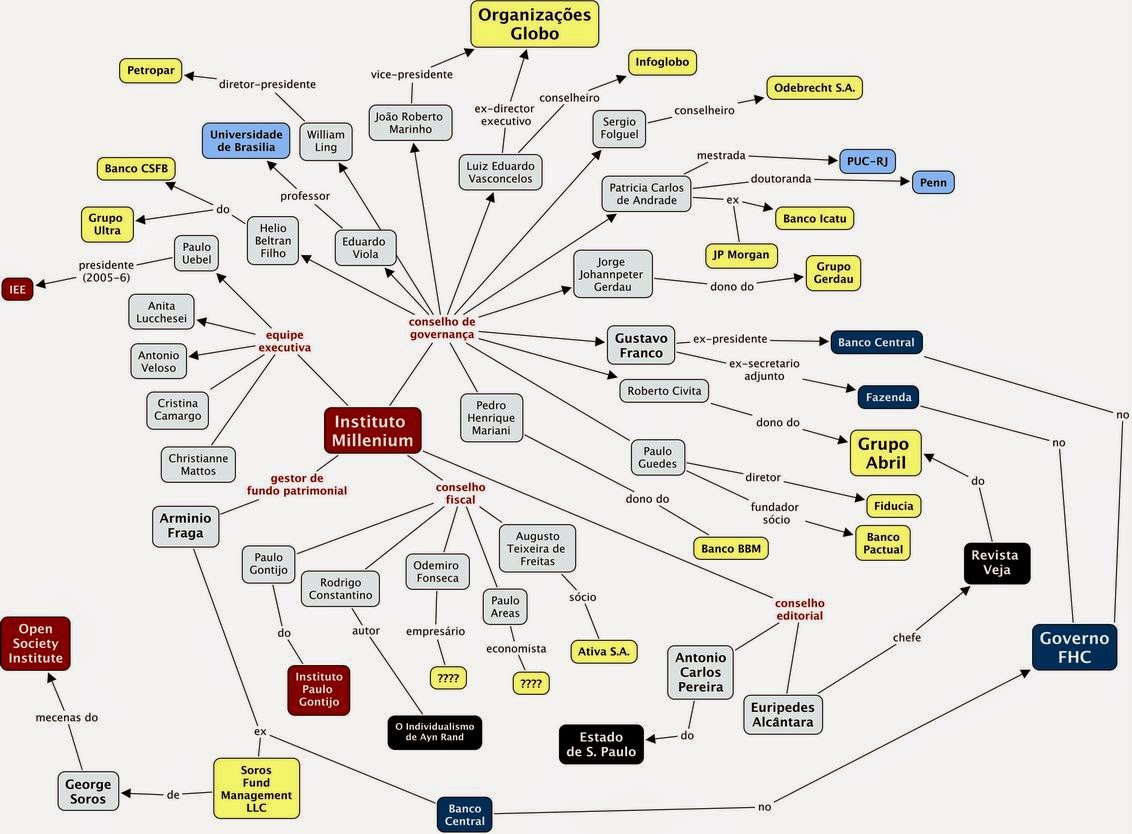 Our Spring Sale Has Started

You can see how this popup was set up in our step-by-step guide: https://wppopupmaker.com/guides/auto-opening-announcement-popups/